The Babe Zaharias Golf Course is located in North Tampa in Hillsborough County. In the 1920’s, the B. L. Hamner Organization created a 2,000 acre development known as the North Side Country Club area which was to feature two 18-hole golf courses.  Only one course, the Forest Hills Golf and Country Club, was built, and opened in 1926. The golf course was designed and built by J. Franklin Meehan, a landscape architect and golf course builder from Philadelphia.  Meehan was known for building golf courses quickly. Golf Professional Jimmy Thompson was quoted as saying “I would not say that Forest Hills is a good course, it is an exceptional one.”

In 1950, Mildred Ella "Babe" Didrikson Zaharias, one of the world’s greatest female athletes of the 20th century, became the winter golf professional for the club. In that same year, she and her husband George purchased the golf course and changed the name to the Tampa Golf and Country Club.

They moved into the caddy house just off the putting green but eventually built their dream home, Rainbow Manor, a ranch style house, just up the road overlooking a lake. Babe and George lived in Tampa until she passed away in 1956 at age 45, and the golf course was abandoned for many years after her death.

In 1974 the City of Tampa re-opened the golf course and named it in her honor. Babe Zaharias Golf Course has hosted many tournaments for the Tampa Bay area, including the Babe Memorial Tournament sponsored by the Optimist Club and the Annual Babe Zaharias Day Tournament. 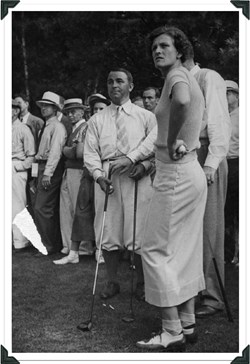 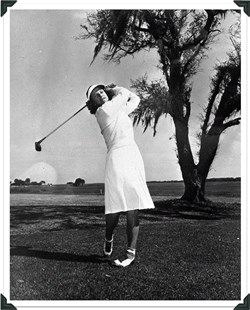 Babe and George at Their New Home Named Rainbow Manor

The 18-hole, par-70, Babe Zaharias golf course features four sets of tees playing from 4,800 to 6,000 yards.  Located in the tree-lined residential neighborhood of Forest Hills, this short course plays very tight and will provide a real test for the average golfer. Golf at The Babe for a true Tampa Bay area tradition. 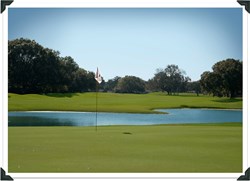 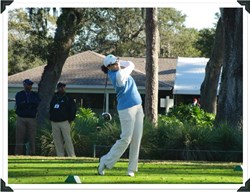 The Babe No. 1 and the Big George No.10 Signage In 1933, Forest Hills Country Club was the site of the 7th Annual Florida Women’s State Amateur Golf Tournament. Miss Mary Rogers and Miss Frances Owen, both from Jacksonville, were all square after 18 holes. The end came on the 19th hole where Miss Rogers parked a 190-yard brassie shot on the green and two putted for par.  Unfortunately, Miss Owen hit her drive in the rough and her third shot also found the rough.  Her fourth shot landed in the greenside bunker and she finished with a six.

However, according to a newspaper article at the time, the real drama took place on the 16th hole when a Blue Racer snake darted out of the bushes right at Miss Owen and startled her. A moment later she missed a two-foot putt that would have given her a two up lead with two to play.  Miss Owen went on to miss another two-foot putt on 18 that squared up the match and the rest is history. American Victory Ship and Museum – The American Victory Ship is one of four fully operational WWII ships in the country and in the Ybor Channel behind the Florida Aquarium in Tampa. The museum is dedicated to honoring the men and women who built, sailed, protected and provided service, worldwide, through the American Merchant Fleet since 1775 during times of peace and war. Go aboard to explore virtually the entire ship including cavernous three-level cargo holds, radio and gyro rooms, hospital, galley, weaponry, steering stations, flying bridge, signaling equipment, wheelhouse, mess halls, crew cabins, lifeboats, the Captain's quarters, cargo equipment and the engine. The SS American Victory was listed on the National Register of Historic Places in 2002. 1945 Photograph of the American Victory The American Victory at Dock On the Deck of the American Victory Museum & Ship Sighting In at the American Victory Museum & Ship