The Bartow Golf Course is located in the City of Bartow in Polk County. In 1919, Tampa engineer Harry Knight, was awarded the contract to build Bartow’s golf course on land that had been a dairy farm.  Charles Howe was selected as Bartow’s first golf professional.

In 1925, the citizens of Bartow approved a bond of $50,000 to purchase the holdings of the Bartow Golf Club and an 100 acres adjoining the club, on which to construct an additional 9-holes. That same year, an exhibition golf match was held on the course that included the reigning U.S. Open champion Cyril Walker, who was wintering in Winter Haven. The new 18-holelinks-style golf course was officially opened on the morning of December 4, 1926, when Bartow’s city manager struck his tee shot nearly 200 yards off the first tee.

For the last 54 years the “Tow” has hosted the Youth Villa Classic Golf Tournament, an event to benefit the Florida Sheriffs Youth Ranch in Bartow. 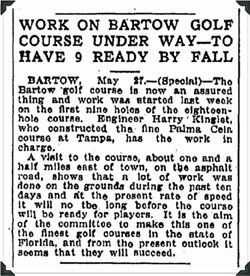 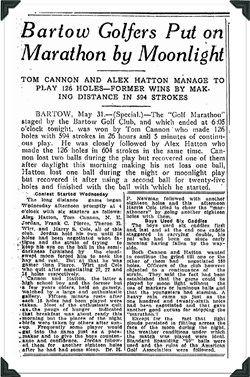 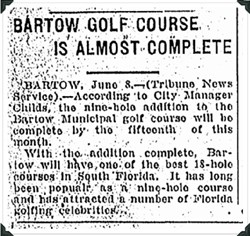 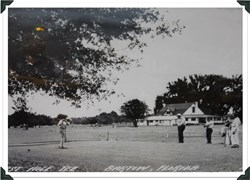 The 18-hole, par-72 Bartow Golf Course features five sets of tees playing from 4,500 to 6,600 yards. Known locally as “The Tow” the course is not extremely long, but locals say it is harder than it looks. The 9th hole, a par-5, is the longest on the course and plays to 595 yards.

Be sure to check out Mulligan’s Bar and Restaurant at the Bartow Golf Course that features a great breakfast and lunch before or after play! 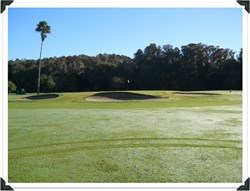 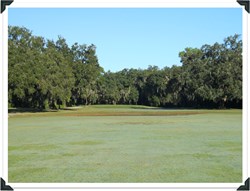 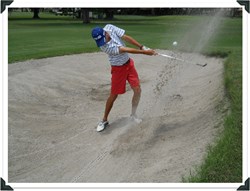 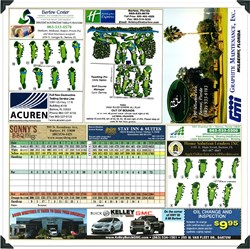 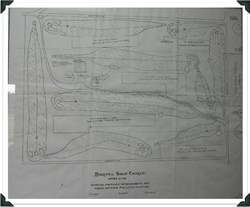 1955 Plans Showing the Routing of the First 9 Holes

Streamsong Resort - Built upon reclaimed phosphate mining land, Streamsong Resort is located about 30 minutes south of the Bartow Golf Course.  Streamsong has three world class golf courses, the Blue (designed by Tom Doak), the Red (designed by Bill Coore & Ben Crenshaw) and the Black (designed by Gil Hanse opening later in 2017) that are unlike any other golf courses in Florida. Fairways wind through decades-old towering sand dunes, lakes, and natural bunkers.  These golf courses are reminiscent of the links-style courses of the British Isles and the Sand Belt of Australia.

The history of Phosphate mining in Polk County goes back over 100 years. Streamsong keeps this history alive by using old railroad ties from the mines as tee markers. The resort lobby displays the fossilized jawbone of a giant Megalodon shark that was excavated on site and one of its restaurants, P2O5, is named for the phosphate molecule. Visit Streamsong Resort for more details. 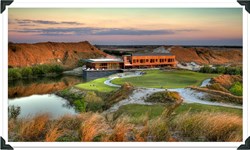 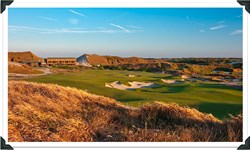 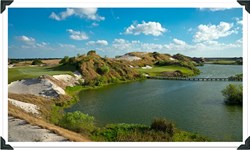 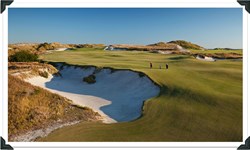 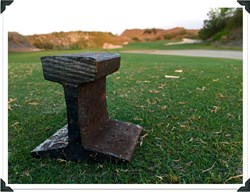