The Bobby Jones Golf Club is located in the City of Sarasota in Sarasota County. Sarasota is known as “The cradle of American Golf” thanks to the contributions of Scottish-born Colonel John Hamilton Gillespie.  In 1886, Gillespie arrived in Sarasota and built a practice course consisting of two greens and one long fairway between what is now Main Street and Ringling Boulevard. That course is one of the oldest recorded golf courses in the nation. By 1888 the number of golf holes increased to four and a practice range was added to the mix. By 1901 the 4 hole course increased to nine holes and a clubhouse, and by 1906 a full 18-hole course was in operation. A year after Gillespie’s death in 1923, the golf course was sold and developed.

The Sarasota City Commission adopted an ordinance in 1925 for the issuance of City bonds in the amount of $150,000.  The ordinance was intended to acquire 290 acres of land for park purposes, and improvements to that land for a municipal golf course. Renowned golf course architect Donald Ross was hired to design the 18-hole layout and in 1926, the Sarasota Municipal Golf Course was officially opened. In 1927, the City renamed the municipal course the Bobby Jones Golf Club. A crowd of over 1,000 gathered to watch Bobby Jones personally dedicate the course and play in an exhibition game where he went on to shoot a 73.

In 1977, a 9-hole, executive course named in honor of Col. John Hamilton Gillespie, was designed by Lane Marshall and added to the Bobby Jones Golf Club. 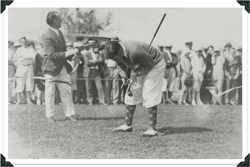 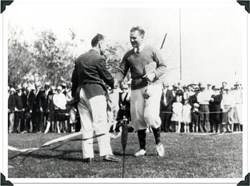 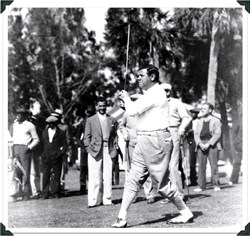 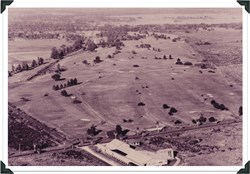 Be sure to check out the impressive Bobby Jones and Colonel Gillespie display on the inside wall of the club house, along with historic photographs, trophys and hickory golf clubs. Gillespie’s personal putter from the 1870s is also on display. 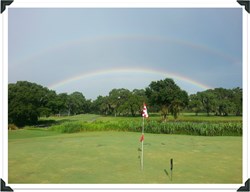 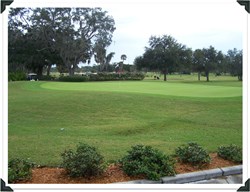 The short street leading into the Bobby Jones Golf Club was named Paul Azinger Way by the City of Sarasota in honor of local golf legend Paul Azinger, who attended Sarasota High School and played for Florida State University. A 12-time winner on the PGA Tour, including the 1993 PGA Championship,  Azinger played on four United States Ryder Cup teams and captained the 2008 winning team.

Azinger Way at the Entrance to the Bobby Jones Golf Club 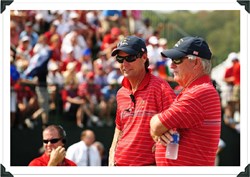 Circus Sarasota –In 1927 John Ringling made Sarasota the Winter Quarters of the Ringling Bros and Barnum & Bailey Circus.  Offering year-round performances, Circus Sarasota shares the entertainment and enrichment that circus arts provide. Their professional performances have been acclaimed around the globe for world-class artistry and entertainment, whether showcased in one-ring European-style big tops, the unique arena facility or an intimate historic theater. Visit Circus Arts for more details.