The golf course was designed by the golf course architectural firm of Howard Toomey & William Flynn.  Under the personal supervision of William Flynn, the course was described to be as long and difficult as most of the northern links. In the early years, members met at the clubhouse on Lake Hollingsworth and were driven to the Locker House on Buckingham Avenue to meet caddies. The caddie shack stood at the northwest corner of the new clubhouse complex.

In January 1927, the Cleveland Heights golf course was the site of the first statewide high school golf championship sanctioned by the Florida High School Athletic Association. The tournament featured both team and individual competition. Two-man teams from ten schools around the state participated in the two-day long, 36-hole event.

The two-man team of John Shirah and Jimmy Melton from Lakeland High consisting captured first place with a score of 367 and easily won by 12 strokes over the second place team from Miami. The individual competition was decided on the last host when Russel Hoag of Melbourne High sank a 15-foot putt to edge out John Shirah of Lakeland High by one stroke. Cleveland Heights would host the again tournament the following year in 1928.

During to the Great Depression, financial difficulties struck and Stahl lost his investment. In 1932, the City of Lakeland took over the golf course, clubhouse and about 600 outstanding lots in exchange for canceling Stahl’s debt of nearly $300,000. The clubhouse on Lake Hollingsworth was purchased by the Lakeland Yacht & Country Club in the mid-1950s and a new clubhouse for the golf course was built on Buckingham Avenue. Over the years, the pro shop and clubhouse complex on Buckingham was remodeled numerous times, from the one-story, flat-roofed pro shop of the 1940s and '50s to today's $1.5 million Spanish-Mediterranean clubhouse complex.

In the early 1950s, the City decided to turn the 17-acre portion of the golf course lying north of Edgewood Drive into a park. This parcel contained the original 7th and 8th holes. Two new holes were added to the golf course in 1955 and the routing was slightly changed. The new holes would eventually become holes C-2 and C-6.

In 1977, the City voted to purchase a 55-acre tract of land to the south for a nine-hole expansion to the golf course to take it from 18 to 27 holes. The golf course was arranged into three nine-hole courses, each starting and finishing near the clubhouse. 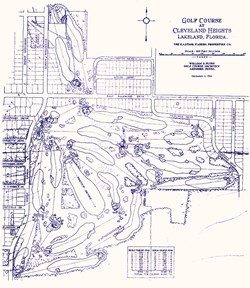 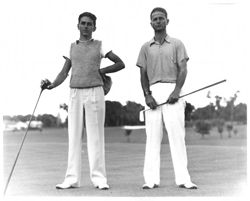 Known locally as the “Heights,” the facility is run by the Parks and Recreation Department for the City of Lakeland, and offers golfers of all abilities the opportunity to enjoy the sport. 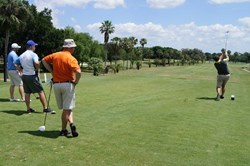 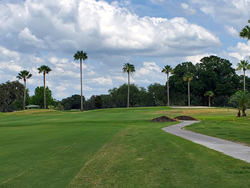 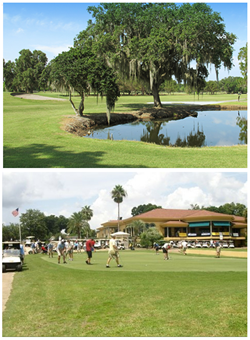 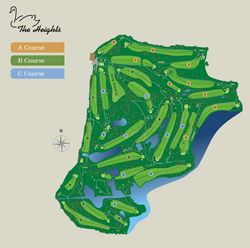 Sixteen of the original 18 holes from Toomey & Flynn design are still in use today. Portions of the old front nine consist of seven current holes from the Azalea (A) Course. Overlay of 1924 Layout on Current Aerial Listen to the movie through your FM car radio, or through in-car speakers available on some rows. As with many Florida drive-ins, the Silver Moon also operates a swap shop on site on Saturdays and Sundays starting early in the morning. Visit silvermoondrivein.com for more details Back To The Future at the Silver Moon Drive-in Theatre