The Dunedin Golf Club is located in the City of Dunedin in Pinellas County. In 1925, the Michigan firm of Frischkorn-Florida, headed by Ephraim S. Frischkorn purchased 1,500 acres for the development of the Dunedin Isles Subdivision. In February of 1926, Frischkorn-Florida announced it would construct an 18-hole golf course designed by the legendary golf course architect Donald Ross. Work on the course started in 1926 when Ross and his staff visited Dunedin to look over the site. The golf course was finished ten months later, although some details remained to be completed. The course opened for play on January 1, 1927.

In 2006 and 2007 the facility went through a major restoration. Greens, tees and bunkers were rebuilt, nearly restoring the course to Donald Ross’s original 1926 plans for the Dunedin Golf Club. On June 4, 2014, the Dunedin Isles Golf Club became the third golf course in Florida to be listed on the National Register of Historic Places. 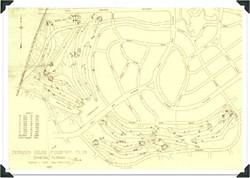 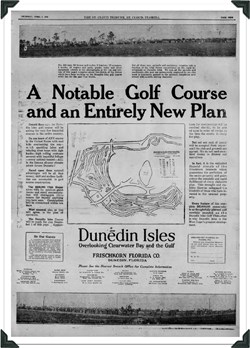 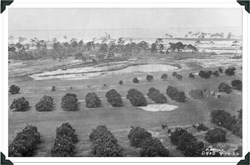 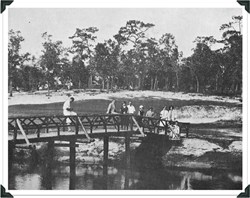 The Dunedin Golf Club includes an 18-hole, par-72 golf course featuring five sets of tees playing from 4,700 to 6,600 yards, making it an enjoyable golf course for all levels and abilities of golfers. In 2008, the club was named "2008 Country Club of the Year" by Tampa Bay Magazine. In 2014, Dunedin was voted the best golf course in the St. Petersburg/Clearwater area. 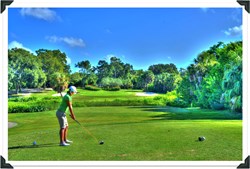 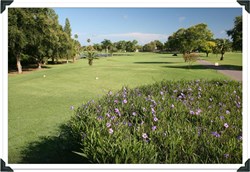 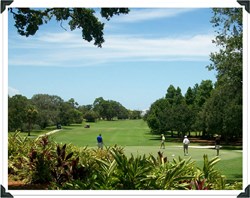 In 1944, the PGA of America signed a lease with the City of Dunedin to turn the city golf course into the PGA National Golf Club. With that distinction, the golf course hosted 18 Senior Tour Championships, and the beginning of the Senior PGA Tour. In 1956, the PGA of America moved its national headquarters from Chicago to Dunedin, where it stayed for nine years before moving to Palm Beach Gardens, Florida.

The PGA Merchandise Show, now the world’s largest and most influential golf business event, grew from humble beginnings in Dunedin. In 1954, a handful of golf merchandisers assembled in the PGA National Golf Club parking lot during a series of winter tournaments. By 1957, it became so large, with nearly 50 manufacturers’ representatives, that PGA officials leased a tent to house the growing event. Today, the PGA Merchandise Show has become a global gathering. Held annually in Orlando, the marketplace occupies nearly 10 miles of aisles, featuring more than 1,000 companies, and over 40,000 PGA Professionals, buyers and industry leaders from 81 countries. 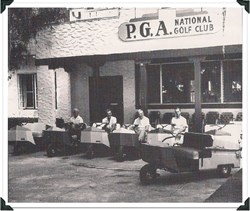 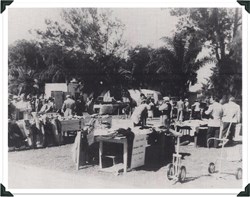 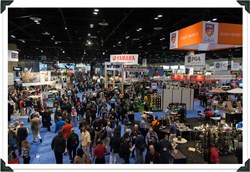 Caladesi Island State Park - As one of the last undeveloped barrier islands along Florida´s Gulf Coast, Caladesi Island´s white sand beaches were rated America's Best Beach in 2008. Beach lovers can enjoy swimming, sunbathing and beachcombing.  The park is accessible only by boat. Nature-lovers can observe wildlife while walking an interior nature trail or paddling the 3-mile kayak trail through the mangroves and bay. Visit Caladesi Island State Park  for more details. 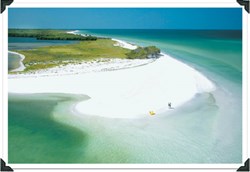