The Hollywood Beach Golf Resort is located in the City of Hollywood in Broward County. Wally Nelson and noted golf course builder Charles Olsen were among the many individuals responsible for the early design of the Hollywood Beach golf course. Olsen took charge of the construction of the golf course, located on former tomatoes fields, introduced some new features and added around 30 acres to the original tract.

The first nine holes were completed and in play by the 1922, winter season.  In the fall of 1922 Wally‘s brother Lee Nelson, the professional in charge of the course, was spending most of his time on the course directing some of the finishing work and incorporating some late ideas into the final design.

In early 1924, Lee and his brother Chic Nelson, who served as the assistant golf professional, organized the formal opening of the 18-hole golf course and the hotel. Later that year, Ralph Young of Indiana was brought in to oversee the course and update the layout. 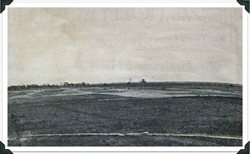 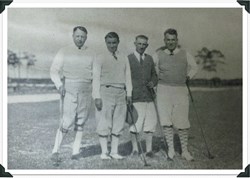 The Hollywood Beach Golf Resort includes an 18-hole, par-70 golf course featuring four sets of tees playing from 4,900 to 6,300 yards. The picturesque course gives players an experience reminiscent of old Florida that allows players to focus on their golf game and leave day-to-day distractions behind. Players test their skills on narrow fairways, various water hazards, and strategically placed bunkers. Hollywood Beach Golf Resort prides itself on being one of the select South Florida public golf facilities that offers a golf experience and an array of amenities for the most discerning guest, where the public is always welcome. 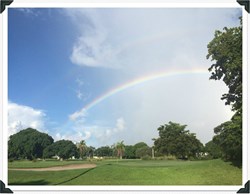 Wally, Lee and Chic Nelson were only half of a famous golfing family that included three more brothers, Chester (Chess), Erwin and Dick. All six brothers were golf professionals who came from Indianapolis, Indiana. In 1924, the club hired Dick and Erwin to be the “working” golf professionals and also signed Gene Sarazen and Leo Diegel as the “playing” professionals representing the club. 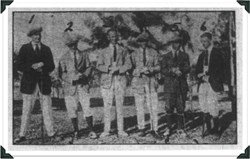 Hollywood Beach Broadwalk - Hollywood Beach, a classic Florida beach town has been enchanting visitors since the 1920s. Hollywood Beach features a one-of-a-kind oceanfront promenade called the Hollywood Beach Broadwalk that stretches nearly two and a half miles along the Atlantic. Named one of America's Best Beach Boardwalks by Travel + Leisure magazine, this brick-paved thoroughfare is a haven for joggers, bicyclists, rollerbladers and all who prefer to take in the action from the comfort of one of the eateries and cafés along the way.  A convenient trolley service runs Wednesdays, Thursdays through Sundays, providing a nostalgic trip to and from the best sites on the beach and downtown. 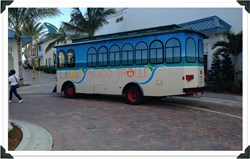