The Mayfair Country Club is located in the City of Sanford in Seminole County. The golf course sits on land that was part of a 20,000 acre tract purchased in 1870 by Henry Sanford and sold in 1878 to retired sea captain Charles Amory. Amory cleared much of the land and planted citrus trees and the double row of oak trees that still line the main entrance of the golf course. He built the ship-shaped house, which remains a part of today’s Mayfair clubhouse.

The property was later purchased by Sydney Octavius Chase and his brother Joshua Coffin Chase. Early in 1922, the Chase brothers commissioned a 50-man crew to build a 9-hole golf course under the direction of Cameron Trent. That same year, with nine holes completed, the Sanford Country Club golf course officially opened for play. The city of Sanford purchased the golf course in 1924 and later hired W.D. Clark to completely redesign the existing 9-hole golf course and expand it to 18 holes.

Sanford To Have Own Golf Course 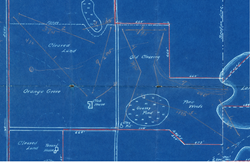 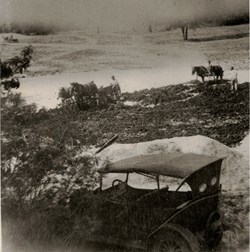 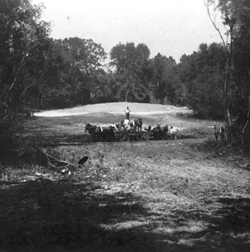 Charles Amory House Which would Become the Mayfair Clubhouse 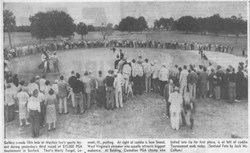 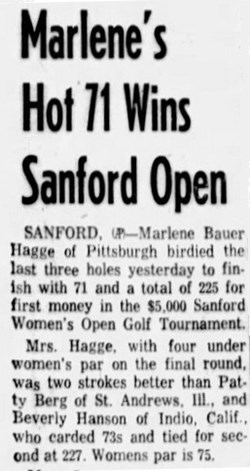 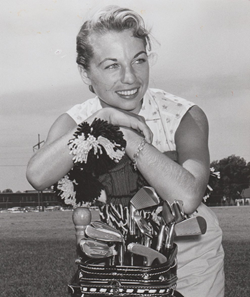 The Mayfair Country Club includes an 18-hole, par-72 golf course featuring four sets of tees ranging from 5,000 to 6,400 yards, which is perfect for novice players and experts alike. The course is guaranteed to challenge all players with the strategic layout and the clever positioning of hazards and trees. The fairways tend to be wider (as is typical of classic course designs), however, the approaches are forgiving enough to ensure that all players will feel competitive as they navigate these grounds. 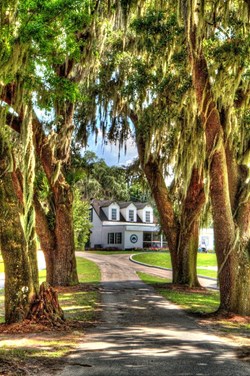 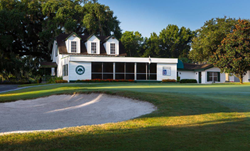 In 1927, two of golfs legendary players Walter Hagen and Gene Sarazen competed in a 72 hole ‘grudge’ match. The first 36 holes were played at the Miami Biltmore in Coral Gables with Hagen having a 3 shot advantage.

The third leg (18 holes) of the competition took place at the Sanford Golf Course. It was not to be Sarazen’s day. On the sixth hole, a member of the gallery stepped on Sarazen’s ball to bury it in the ground and he was forced to take a five. On the thirteenth hole, Saracen’s tee shot struck a spectator on the head and the ball bounced 30 yards into a trap. Hagen beat Sarazen five and four and was 8-up overall. 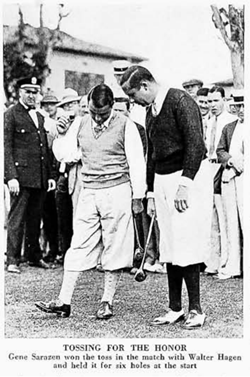 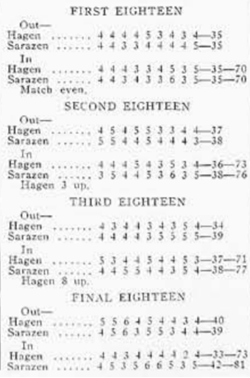 The idea of the Soap Box Derby grew out of a photographic assignment of Dayton, Ohio, newsman Myron Scott. In the summer of 1933, Scott came across a group of boys racing their homemade cars, and was so impressed with the event that he acquired a copyright to Soap Box Derby. The first official All-American Soap Box Derby race was held in Dayton in 1934.

Florida has had a long history of soap box derby racing going back to the 1930s. The goals of the Soap Box Derby program -  to teach youngsters some of the basic skills of workmanship, the spirit of competition, and the perseverance to continue a project once it has begun - have not changed since 1934.  Visit Central Florida Soap Box Derby for more details.

Old No. 7 - The Car that Inspired the First Soap Box Derby 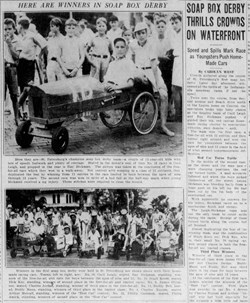 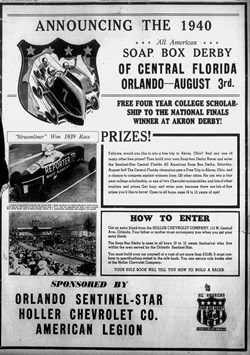 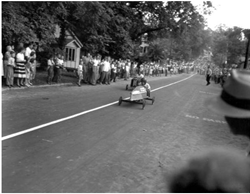 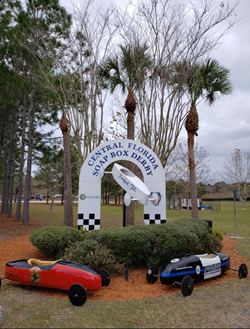 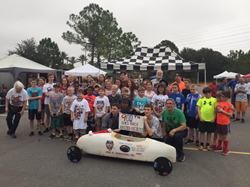 Racing at the Central Florida Soap Box Derby in Sanford 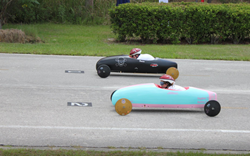