Miami Shores Country Club is located in the Village of Miami Shores in Miami-Dade County. Early in 1939, work crews began clearing 130 acres of woodland for the new Miami Shores Village Golf and Country Club.  Partial funding for the construction came from the federal government’s Works Progress Administration (WPA) program. Golf course architects Robert F. “Red” Lawrence and Louis Wilson planned the course and directed its construction.  Lawrence and Wilson where former associates of the architectural firm of Toomey & Flynn.  The golf course opened in the Fall 1939. Two major hazards bisect the golf course, the Biscayne Canal Number C-8 and the Florida East Coast railroad, the latter of which is now deemed out of bounds.

In 2011, the golf course underwent a major renovation which included the installation of MiniVerde Bermuda on the greens, tee and fairway renovations, restoration of bunkers, re-shaping of greens and general upgrades to playability and conditioning.  The course has been host to a number of prestigious events including the Florida State Open. Celebrity players Bob Hope, Joe DiMaggio, Arnold Palmer, Sam Snead and Lee Trevino have graced the lush fairways. 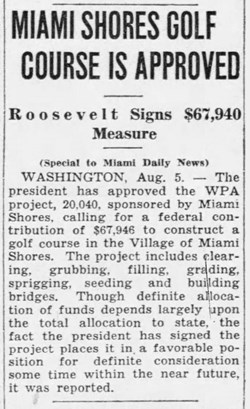 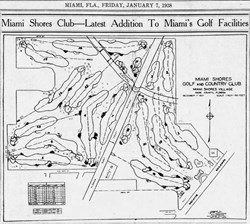 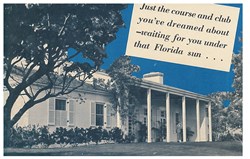 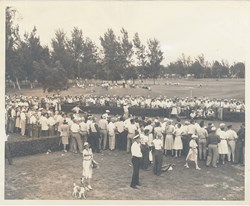 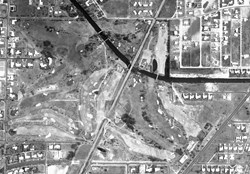 The Miami Shores Country Club includes an 18-hole, par-71 golf course that features four sets of tees ranging from 5,000 to 6,700 yards. Located less than 15 minutes from downtown Miami, Miami Beach and the Miami International Airport. Miami Shores is a “must play” course for anyone who enjoys the game of golf at an affordable price.

Since its beginning, the architects - and former National Open Champion Willie MacFarlane - deemed the par-3, 2nd hole, which was originally the 11th, as “the hole.”  Angling from right to left, the tee and green are separated by the Biscayne canal which gobbles up a hook shot with the greatest of ease. 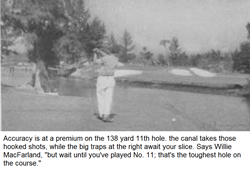 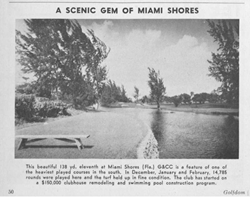 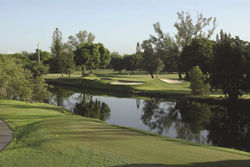 Surfside is home to a mile of pristine beach, renowned luxury beachfront hotels, distinctive world class shopping, and a distinguished culinary scene. If you want to experience Surfside like a local, visit the beachfront community center. There you will find a number of recreational amenities and an array of family-friendly activities. The heart of Surfside is a culturally rich, pedestrian-friendly shopping district that spans a scenic stretch of Harding Avenue. The beach, of course, is central to the heart and soul of Surfside. A variety of family friendly activities and yearly events add to this unforgettable destination. Visit Town of Surfside for more details. 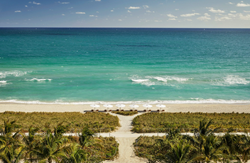 The Beach at Surfside

Lifeguard Tower on the Beach at Surfside 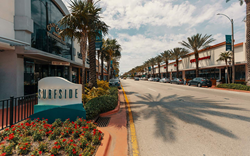 Shopping on Harding Avenue in the Town of Surfside 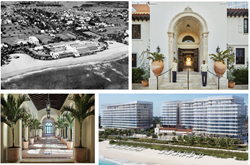 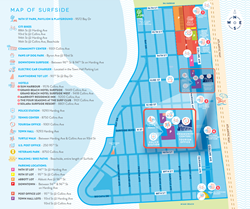 Map of the Town of Surfside