The first golf course in the city was known as the Rockledge Golf Club and was located next to the old Hotel Indian River between Orange Avenue and Barton Avenue. This nine-hole course with sand greens was established in 1911. The golf course closed in the early 1920s. The next golf course in the area was actually on Merritt Island. In early 1922, land was being cleared for a new golf course on Horti Point on Merritt Island. Newspaper articles indicated that J.H. Jenkins had been engaged to lay out the new golf course which would be called the Cocoa-Rockledge Golf Club. The golf course opened in 1923 but would not stay open very long.

In January 1924, a new golf club, the Poinsett Golf and Country Club was organized and was officially chartered a few months later. The club purchased land a mile west of the city to build a golf course. The property was conveniently located to the cities of Cocoa and Rockledge. This connection to both cities was often reflected in national golf annuals.

The club hired George Wilson to be their golf professional. Wilson had previously worked at the golf club on Merritt Island. According to the local newspaper, Wilson was credited for laying out and building the new golf course. By December, the nine-hole golf course was unofficially opened for play. The official opening would take place in the first of the year in 1925. Wilson reportedly began working on nine additional holes but they were never completed.

Not long after opening in January, the course hosted a big exhibition golf match with two of the top golfers. The event was organized and funded by Tampa real estate developer D.P. Davis who was developing Tampa’s Davis Islands and St. Augustine’s Davis Shores. Davis brought in Golf Professionals, Johnny Farrell of Palma Ceia Golf Club and Bobby Cruikshank of Rocky Point Golf Club. Farrell teamed up with Poinsett’s pro, Wilson and Cruikshank played with William Arthur. The match play event ended with Farrell and Wilson winning by 2 and 1.

By the early 1930s, the city of Rockledge took over the golf course and renamed it the Poinsett Golf Club. One of the first things the city did was reduce the cost to play. The new green fees and yearly dues were set at 50 cents per day; $2.50 per week; $7.00 per month and $15.00 per year. Women would pay only $7.00 and year and the children of members between the ages of 14 and 18 could play for free.

In 1934, the City received 12,000 man-hours from the Federal Emergency Relief Administration (FERA) to build nine additional holes to the golf course. A year later, an additional 3,600 hours of labor from FERA was received to complete the golf course expansion. The new 18 hole golf course opened for play in January 1936.

By the mid 1940s, the city of Rockledge sold the course and it became known as the Rockledge Golf and Country Club. Ownership of the golf course changed several more times, however, in 2014, the current owners, the Beyel family, purchased the golf club. 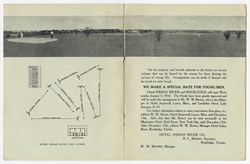 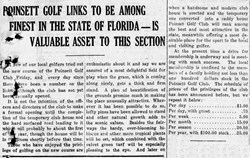 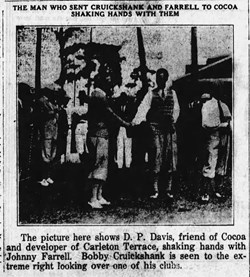 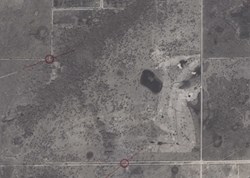 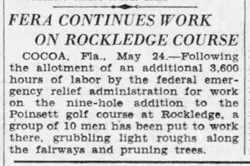 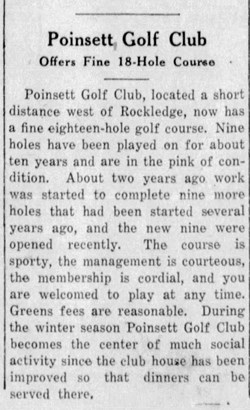 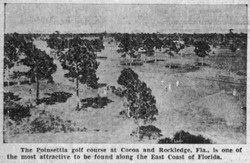 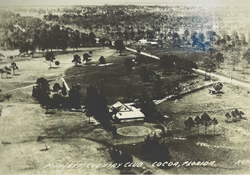 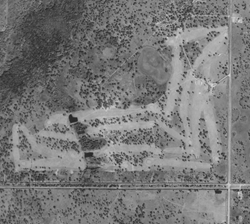 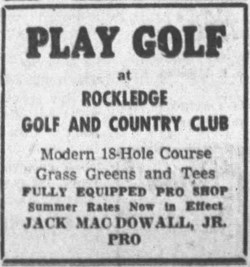 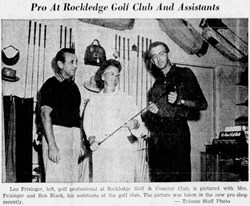 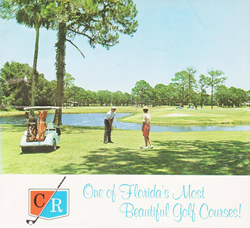 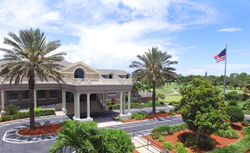 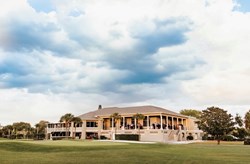 Back of Rockledge Country Club Clubhouse 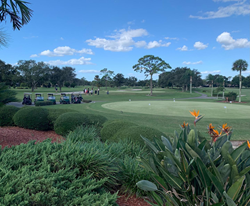 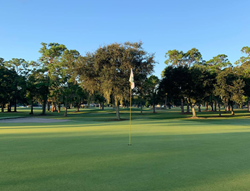 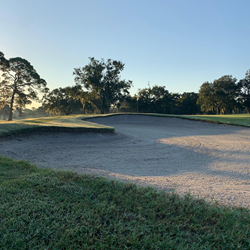 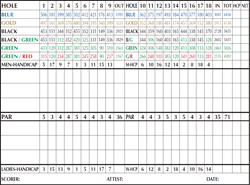 A piece of Rockledge’s golf history sits behind glass in the golf shop. This patinaed silver golf trophy is from Rockledge’s first golf course which was located between Orange and Barton Avenues.

This was the first place prize awarded to E.L. Horwood for winning the 1918 W.W.Brown Cup. Mr. Brown was the manager of the both the Hotel Indian River and Hotel Rockledge.

Mrs. Dorothy Horwood Davis, the daughter of E.L. Horwood, donated the cup to the Chamber of Commerce and it eventually found its way back to the Rockledge Country Club. In the early 1960’s, NASA began providing tours at Cape Kennedy. Based on their success, a Visitor Information Center was proposed and construction soon followed. On August 1, 1967, the Kennedy Space Center Visitor Complex officially opened. Spanning 42 acres, the complex featured examples of Mercury, Gemini, and Apollo hardware, as well as exhibits, two theaters, and concession and souvenir facilities housed within two main buildings. 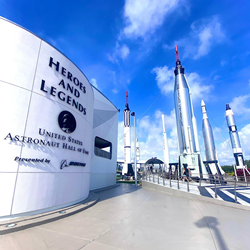 Saturn V Rockect on Display Inside the Visitors Center