The Rocky Point Golf Course is located in the City of Tampa in Hillsborough County. In 1910, the Tampa Automobile Club accepted the offer of John H. Drew to purchase one and a half acres for the clubhouse and 100 acres of land for the golf links at Rocky Point. The Club hired Atlanta golf expert F.G. Byrd to design an 18-hole golf course. Byrd, a native Floridian residing in Atlanta, was the 1910 Southern Golf Champion. The plans prepared by Byrd included surrounding the course with ditches in order to drain water. Byrd also recommended planting a palmetto tree at each tee. The club retained the services of golf professional C.J. Smith, who would be in charge of laying out of the course, with his assistant R.E. Jones. Nine holes were opened for play in 1912, and the 18-hole, 5,303 yard layout was completed in 1913.

In December 1915, the golf course was the site of the first state-wide amateur golf tournament under the newly formed Florida State Golf Association. A.C. Ulmer of the Florida Country Club in Jacksonville won the inaugural tournament, 5 and 3 over J.D. Harnett, also from the Florida Country Club, after playing 36 holes on the last day. In 1917, the Tampa Automobile and Golf Club officially changed its name to the Rocky Point Golf Club.

On April 24, 1926, one of America’s most renowned golf course architects, Albert W. Tillinghast, played an interesting round of golf at Rocky Point. Tillinghast was in Tampa to begin work on the Davis Islands Country Club golf course. Playing for his first time in five years, Tillinghast used just one club, a Mid Iron, which is roughly a 4 iron today. According to a Tampa Times newspaper article, he drove with it, made approach shots and putted with it on the greens. But most impressive was that he shot a 90 with just one club!

In 1941, the federal government took over the golf course and closed it for use as part of Drew Army Airfield. Two years later the course was reopened to officers and enlisted men of Drew Field, and to personnel of the Women's Army Auxiliary Corps. In 1953, the government turned the property over to the City of Tampa for $1. The city then leased it to J.S. “Curly” Hartman for 25 years who with his wife, Merle, reopened the course in 1954. Merle took over operations when Curly passed away in 1957.

In the early 1960s, the course expanded from 18 holes to 27. However, once the Hartmans’ lease expired in 1978, the city turned course operations over to the Tampa Sports Authority. Five years later the course would be redesigned and return to 18 holes. 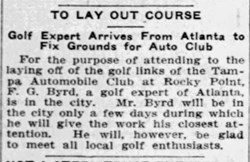 F.G. Byrd To Lay Out Course 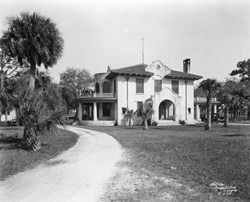 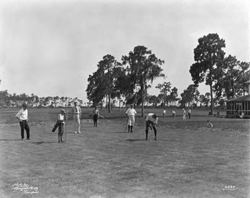 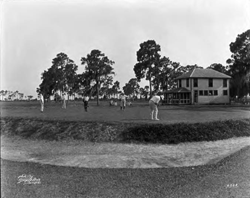 Golfers at Rocky Point with Clubhouse in Background - May 1921 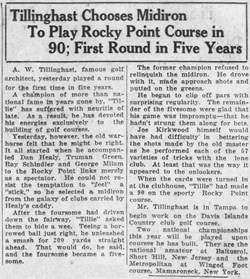 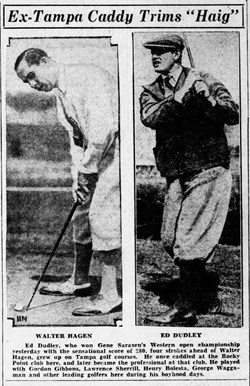 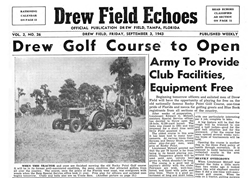 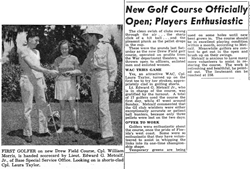 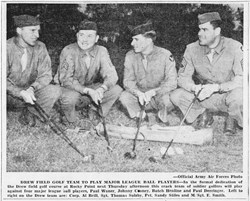 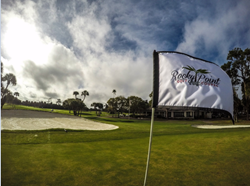 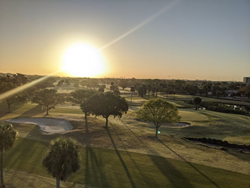 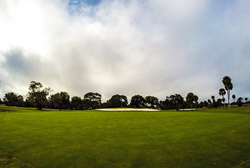 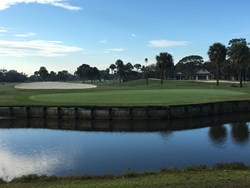 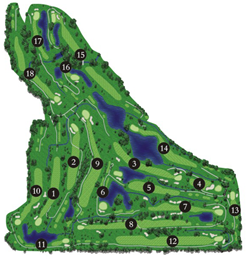 During the early 1900s, the city of Tampa was economically tied to the cigar industry. In 1910, a major strike by the cigar workers crippled the city for months. The strike ended in early 1911, however, this trouble in the cigar industry directly affected the development at Rocky Point and temporarily delayed the construction of both the clubhouse and golf links.

In 1928, one of Tampa’s historic cigar companies, Hav-A-Tampa Cigars, sponsored a golf tournament at Rocky Point golf course. Hav-a-Tampa Cigars provided the trophies and their signature line, "Won't you Hav-A-Tampa cigar?" was even printed on Rocky Point’s scorecard. 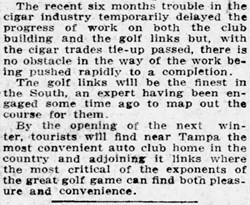 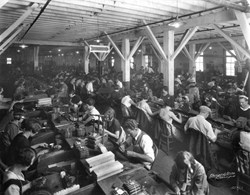 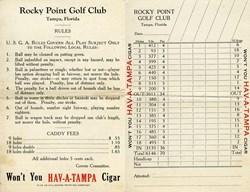 Ybor City Museum State Park - Don Vicente Martinez Ybor came to an area of pine scrub and swamp to build what became the “Cigar Capital of the World." From the opening of the first cigar factory in 1886 until the 1930s, Ybor City flourished.

Located in the heart of Ybor City, on the outskirts of Tampa, Ybor City Museum State Park offers a look into the heritage of this culturally rich area. This urban park is dedicated to the preservation of Ybor City's unique cultural heritage. The museum, housed in the historic Ferlita Bakery, traces the rich cultural history of Ybor City and the cigar making industry. 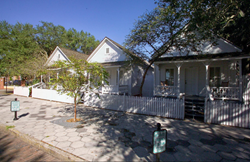 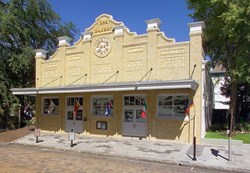 Interior of the Museum Building 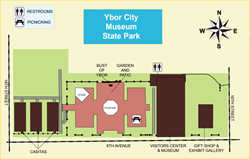