The Boca Raton's Resort Course is located in the city of Boca Raton in Palm Beach County. The Town of Boca Raton was incorporated in May of 1925, at the height of the Florida land boom. That same year, the town council commissioned noted society architect Addison Mizner to plan a world-class resort community. Mizner’s company, the Mizner Development Corporation, hired acclaimed golf course architect Donald Ross to lay out an 18-hole golf course in association with the Cloister Inn. Completed and opened in 1926, the course layout stretched across El Camino Real road with holes 1-11, 17 and 18 on the north side of the road and holes 12 -16 on the south side. The local newspaper stated that “The Cloister Inn Golf course has been literally snatched from the jungle.”

In 1927 the Mizner Development Corporation went bankrupt. Clarence Geist bought the defunct corporation’s holdings which included the Cloister Inn and Golf Course. When Geist took over the property he immediately began work on reconstructing the course. He commissioned the golf course architectural firm of Howard Toomey & William Flynn to design two new 18-hole courses. The architects designed the North Course, as it was then called, in such a way to fit all eighteen holes north of El Camino Real.

In 1997, golf course architect Gene Bates oversaw the reconstruction of the Resort Course, which included the complete redesign and reconfiguration of each of the course’s 18 holes. In 2016, the Resort course underwent a renovation to modernized and refresh while improving the overall playability of this historic course. 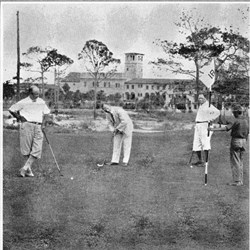 Golfers on 18th Hole of the Donald Ross Course 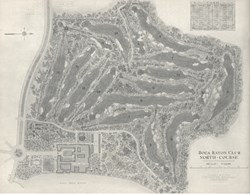 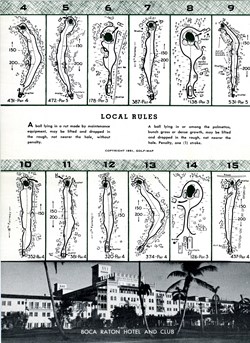 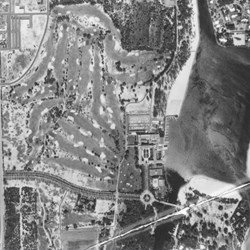 Discover the rich historic value and tradition of this exquisite golf course, dating back to when PGA professionals Tommy Armour and Sam Snead worked at the resort. This distinctive Resort Course with a signature water feature designed by Hugh Hughes promises to provide a truly exclusive golf experience.

*Please note: To enjoy play on the Resort Course, you must be a member or registered guest at The Boca Raton. 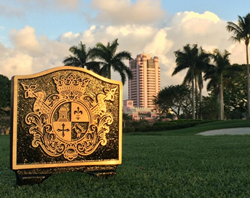 5th Green at the Resort Course

10th Tee at the Resort course

10th Fairway at the Resort Course Looking Back Towards Tee

13th Green at the Resort Course Golfer on the Resort Course Thomas Dickson Armour was born in Edinburgh Scotland in 1895 and moved to America in 1920 and became a United States citizen. After turning pro in 1924 he went on to win 27 professional golf tournaments, including three of the four majors, the U.S. Open (1927), the PGA Championship (1930), and The Open (1931). Armour was known as an exceptional striker of the ball, and one of the finest wood-club players of all time.

Tommy Armour Will Be Pro at The Boca Raton 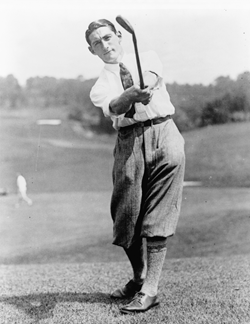 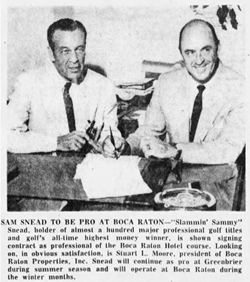 The Historic Cloister Hotel - Located in the heart of the Resort, the 1926 Cloister Inn forms the eastern wing of the current resort. Famed Palm Beach architect Addison Mizner designed this hotel to house prospective investors in his planned Boca Raton development. The inn has Spanish-Mediterranean, Moorish and Gothic influences.  It is characterized by hidden gardens, barrel-tile roofs, archways, ornate columns, finials, intricate mosaics, fountains and beamed ceilings of ornate pecky cypress.  In 1927, Philadelphia utilities mogul Clarence Geist bought the property, turned it into an exclusive club, and by doing so, helped the community weather the Great Depression. Historic Image of the Cloisters Entrance Historic Image of the Cloister's Interior

The Cloister's at The Boca Raton The Cloister's Interior at The Boca Raton The Cloister's Courtyard at The Boca Raton 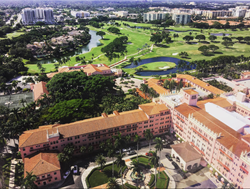 Aerial of The Boca Raton